I feel bad because I had started a blog when Jack was first born. It was to be all about Jack. It is hard to maintain a blog when you are first learning how to be a parent. So I pretty much abandoned it. Sorry Jack. Here are the few posts I did when he was first born. Click the read more link.

"Jack...day in the life" on life support

Rated R "JACK...Day in the Life" gets re cut for PG audience 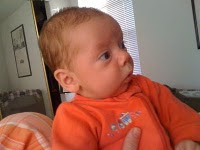 It was reported on friday may 1st that the smash summer hit "jack a day in the life" was too racy for modern audiences. The MPAA gave the final version of the film an r rating for a sneaky naky shower scene. Maxcorp, the distributor of the film had this to say.
"We want nothing more than for people to enjoy the film, but after receiving an R rating we had to go back to the drawing board a bit. We are working with the director of the project and we are all trying just to put out the best product we can."
Though the Ceo of Maxcorp had positive things to day the director of the film, Max Pule, had a different reaction.
"If this was 1992 and this was "look who's talking" than I think we would have a much different picture if you know what I mean. I guess I need a big star like john Travolta in my movie" Max Pule citing an incident in 1992 when the movie "look who's talking", was released PG even though it contained a scene of John Travolta giving a bath to his naked "son" These types of things happen all the time in hollywood. The MPAA is standing by there rating having this to say.
"We at the MPAA really dont have to defend ourselves at all, but if you want an answer it is simple, we think "Jack...day in the life" is too damn racy for the average movie goer."
With all this said it is hard to believe the the film will be re cut in time for the summer season. reports tell us that Maxcorp CEO and Max Pule are talking about adding additional scenes in and leaving the original naky scene in. The idea being that if they release it in the fall with the R rating as more of an art house film, it could help them in the race for oscar. the future for the film is unseen as of right now though. The film could be tied up in post editing forever and never see the light of day. Either way re cut or not this bad publicity could leave "Jack..day in the life" with no life at all come opening night. 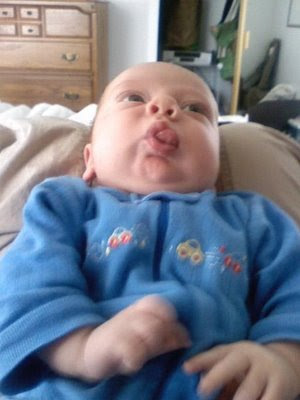 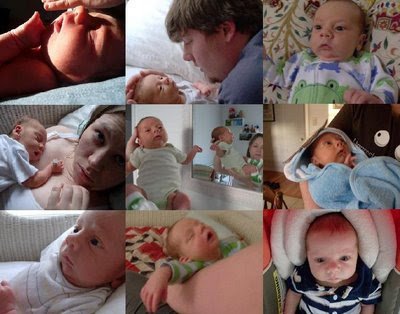 So since we started the blog late we will be jumping ahead with a post that covers the last two months.
Things have been amazing and difficult, the important thing is that Jack is healthy and happy. happy for the most part. I find it cosmically hilarious that when humans are born they have no idea about being happy, smiling or laughing, these things take a while to happen, but we are inherently born miserable and uncomfortable. We got Jack at home after two days of being in the hospital, and after two days at home we ended up having to go back there due to his high jaundice levels, I used to not know how to even spell the word "jaundice" now i know everything about it. It is common which people kept telling us, but we were pretty freaked out. See we had planed to have Jack in the birthing center and since Jack came early we ended up going to the hospital, which is fine, but I think we talked to about 25 different people within 2 days about Jack and so the feeling that anyone even gave a shit was not there. It was scary but all this is behind us, So we got off to a rough start and that is fine. I remember thinking before Jack was born that I was going to miss hanging out with my friends and going out. After all that is happened I could care less, I felt like I was being so selfish and all I want is my baby to be ok. At that point a didn't care if I ever saw my friend again. People tell you it is hard, but it is truly indescribably hard, mentally and physically. You just think its hard enough being pregnant or maybe you need more money for the baby, but I never thought that I would be worrying about him eating correctly or if he pooped enough in a day. These are things that after two months of dealing with the only advice I can give people expecting a baby is " oh man just wait" which comes off as stupid and not helpful at all, I hated when that was the advice people gave me, but really it is the only way to describe how hard it really is, but it truly is all worth the nerve. It is the most amazing thing ever and rewarding and fun and special. God really has blessed us and now that Jack is two months old he is growing and pooping and eating and smiling and sleeping well...most of the time. We are just now getting comfortable with the change and are not worried about every little noise Jack makes, or if he is breathing while he sleeps, I know that sounds crazy but you can really freak yourself out. I can say that they have written a million books on the subject, but you could go to a baby raising class for a year and still not know what is in store for you. He is amazing and beautiful and truly a gift from God. We have some bad days and some good. Jack smiled for the first time last week and that was awesome. He is now over 10 lbs and very strong. He is more alert and we try to keep him entertained. He likes it when people pay attention to him a lot. For a while we though he didn't like us because he is so quiet and peaceful when other people were around. This is not the same child at home. I also think he is messing with us sometimes. I think he is very smart. He will be sleeping and we will hear a little fuss a little more and a little more until we get up and go to him and he is sleeping like a rock. cheeky monkey. So we are having a lot of fun with him. We got a huge wake up call with him coming early which in the long run has helped, as if God was saying "hey, its not all baseball games and bath time, get ready" and I think now we are......for the most part.
Monday, April 13, 2009
Jack Anthony Pule is born 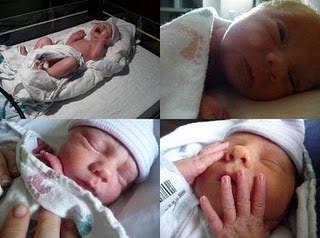 February 10th 2009
what a surprise, being that jacks due date was march 18th. We got off to a rough start, thankfully he is doing great and is healthy and happy. Johanna and I really had no idea what was in store for us. This is the hardest thing we have ever been through, it is all worth it. It really is crazy looking at Jack. he looks like us and just having him around has given the house a whole new life to it... literally. Every day he looks differnet and makes new sounds and faces. Seeing a baby learn how to do things is amazing. We just want to thank all our friends and family who have been such a support for us. Jack Anthony Pule is here and he is ready to take on the world.
Saturday, April 11, 2009
Meet Jack Anthony Pule 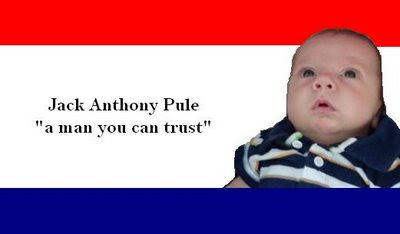 In the race for Texas 17th district, incumbent Jack Anthony Pule is looking for his first election to the house.
Jack Pule is a man of the people made by people. he will do everything it takes to serve the great state of texas. maybe you don'e know much about Jack Anthony Pule.
Jack Anthony Pule was born feburary 10th, 2009 in Dallas, Texas.
By the age of 2 weeks Jack was cracking down on crime and law at the same time.
Spending most of his time sitting around looking at things and pooping.
by the age of one month Jack passed his first city wide bill making it illegal to use disposable dippers within the city limits.
See Jack Pule cares about the environment and so do you, He will be devoting all his time testing cloth dippers by pooping and peeing in them all day long. In order to do this he must eat every two hours, I know it sounds like a lot, but that is the dedication that Jack has to the cause.
So when you think of the great state of Texas think Jack Anthony Pule
"HE DONT TAKE JACK FROM NOBODY"-winston churchhill
Posted by MAX at 7:17 AM