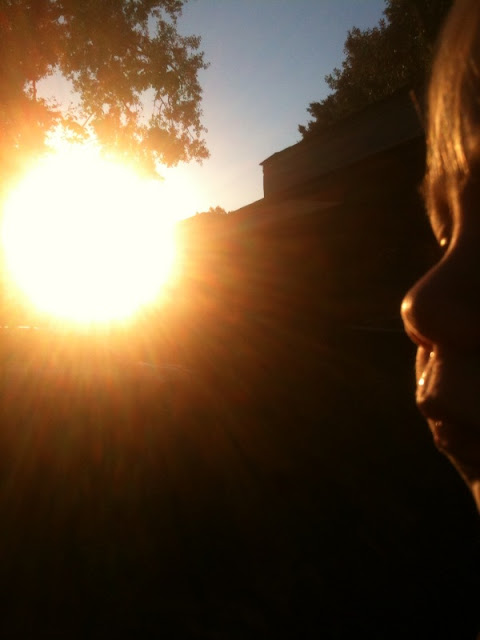 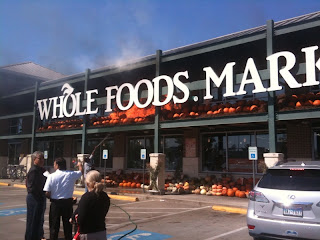 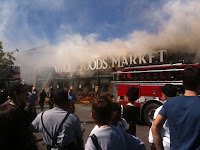 This week was somewhat interesting. My son has had a cold for a few days, and my Wholefoods Market caught on fire. First off, the fire: So it was just like any tuesday when all of the sudden the fire alarms went off in the store. I assumed that some stupid person had done something... well..stupid. This in fact is true and not true. See it was not some stupid persom but it was because of how the fire started. So I notice that everyone is running out of the building with panic. I decide to join them. I walk downstairs and see it a blazin. Apparently the festivius fall hay pumpkin display had spontaneously combusted. Im sure the Houston heat was a little much for the hay. We have this display on what I can describe as a patio thing behind the Wholefoods sign on the second level of the store. This is all outside, but from an outsiders perspective it looks as if the entire store in on fire. So after a failed attempt with a garden hose, the firemen show up sirens bursting. It was just like in the movies. They rolled in pulled out the hose and started spraying. Then the ladder went up with more hoses. Then they started throwing flaming pumpkins out of the fire. Well burnt pumpkins. i doubt the trained firemen would throw flaming pumpkins out into the parking lot. So the heat from the fire plus the water from the hose made the hurricane glass POP!!! and shatter. Then the reporters showed up and most of the people where just standing around taking pictures of the fire with their cell phones. Also guests were like "so should I come back and pay for this, or leave it." I was pretty much on my way out the door at the time, so I was like "should I stay or can I just go" The fire was eventually put out and then they started letting people in so they could clock out. I know, and in a few hours we were open for more business. All in all a very exciting time for us at the Wholefoods Market.
Now my son being sick: He has a cold, and had to miss some school...thats about it.
Posted by MAX at 1:59 PM 1 comment: 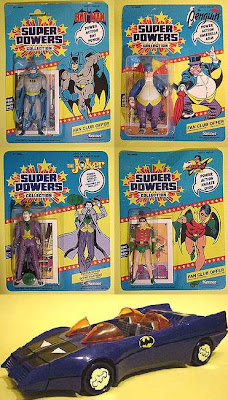 In 1984, the Kenner toy company was granted the rights to produce DC Comics character figures, and soon after, the Super Powers Collection of action figures hit toy shelves. Each figure, as the name implies, had a secret super power that would trigger when the figure's arms or legs were squeezed. Kenner produced 3 different Super Powers lines, ending production before such rumored Batman character figures as Catwoman and Man-Bat were produced.


During its time on the market, however, the Super Powers Collection managed to release the first-ever 5" action figures of Batman, Robin, The Joker, The Penguin, and Mr. Freeze. Toy shelves also reserved space for an accurately styled Batmobile and a Batcopter.

I had pretty much everything in the toy line. I only wish I still had all these. I'm sure we sold them in a garage sale or something. A few years ago I found Mr. Freeze in a comic book store unopened. I bought it for 10 bucks. Besides the Batman ones I also had Superman and others.
Posted by MAX at 8:26 AM 1 comment:

Well after not posting much for a while, I will now catch you up on the happenings of the time:

After being sick for almost a week which is why I had not posted much, I now feel much better and ready to take on the world. It is hard being sick when your wife is REALLY pregnant and you have a toddler. The change in the weather has been the best. Houston is a hot shit hole in Texas, but the past week or so has been great fall weather. It was actually kind of cold this morning. I am sure people are aware of this already, but we got that house we were trying to buy. We do not know when we are moving yet, but I am sure it will be soon. Three reasons why I am excited about owning my own home (even though the bank really owns it)

1. I never ever forever ave to deal with a stupid cheap land lord...No wait, why are the called land lords, this isn't 18th century Europe is it. "The Lord of the Land calls upon you sir Pule" anyways, No guys to call and hassle with, my plumbing is broke, and he sends out his buddy to fix it. Cheap Ass Mother Fuckers, all of them, they want the money but that's all.

2. I can actually change things in the house, because its mine (not really) painting or remodeling, or tearing down walls, I can do anything I want. This will be useful when I get bored and want to change something. Luckily we have sweet house and no real dire upgrades are needed. Still it will be fun.

3. I have not lived in one place for more than a year since I was 12 years old. So I have had 22 addresses in 17 years. I will not be moving for a while now. I hate moving. Hate it. things get lost, you hurt your back and its just is crazy. I am really good at it thought seeing that I have done it so much. So goodbye yearly move, this might get weird.

What else: The new Bad Religion album came out which is blowing me away as usual. They are one of my favorite bands ever and this album is especially good and unique (in the context of their other albums). We saw the Social Network which was amazing. It is really nice to see a great movie that deals with themes and issues of our time. Not your parents time, Ours. just ours. Sure parents use facebook, but this movie I think really speaks to the idea of "out with the old, in with the new" this is one of many themes the movie tackles effortlessly. Everyone should go see this movie.

Jack is doing great. Today is school picture day and in typical fashion we under dressed him. I think. He is very young and will have many pictures taken of him I'm sure. In the age of digital cameras, we have about 2000 pictures if not more already. We also got him fitted for his tuxedo for Andy's wedding. It was one of the cutest things I have ever seen. he is not crying anymore when we drop him off to school. This is very nice, because it is hard to see him so upset. The new baby will be here soon, less than 8 weeks away. WOW. I think I can announce that the official name will be Mary Hannah Pule.

One more thing: I fixed my camera which was broken for a while, so expect more Jack and new house new baby videos coming out soon. Excited about the next few months? Me too.

P.S.
The new season of The Office premeired this week. I can safely say that the show is not good anymore. There is nothing smart or clever about it, which is what made the show so great. It is just watching these characters do stupid, not even believable things. Much like what The Simpsons has become.
Posted by MAX at 8:04 AM 2 comments: