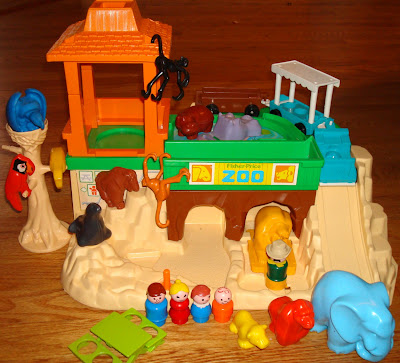 In 1984, Fisher-Price finally released a set that it seemed the Little People series had needed all along--a zoo. #916 did, indeed, sell well and was one of the more attractive of all the 1980's play sets, lasting until the end of Original Little People production in 1990. Unfortunately, while the zoo itself is nicely detailed as far as latter-day bases go, the animals disappointed a lot of Little People fans. Instead of detailed, well-made animal figures popularised through the #915 Farm, the #991 Circus Train, and the #993 Castle, the zoo had soft molded plastic animals with no moving parts that paled in comparison to their predecessors. Most collectors agree the zoo would have been a classic set had the animals been those like the Circus Train
OLD vs. NEW Little People 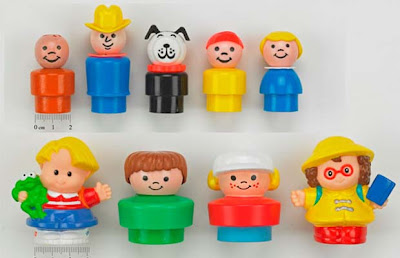