I have to say this has been one of the best summers I have ever had. Starting from May to the end of August. Friends and family came to visit us in the hot hot heat of Houston. Summer blockbusters and new music are always a nice addition. Oh yeah Johanna and I found out we were having a little girl. Easy one of the best Summers. Here are the highlights folks:
May:
We start of by seeing IRON MAN 2 with Andy and Falon, oh yeah Jacob was there too. The first summer blockbuster of the year is always fun. To me this had everything I was looking for in a big budget summer movie.

Danny flys to Dallas. Danny and Marshall drive to Houston. Debbie Swan then flys to Houston. This is all for the Season finale of LOST. Well and also to visit and see Jack I guess. First night here we have a boys night at home and Jacob cuts his hair into the shape of a mullet. Mullet Memoirs is born. You can watch this by clicking the link here:  http://www.facebook.com/maxpule?v=app_2392950137#!/video/video.php?v=131663090180157 , I think the movie speaks for itself. Oh its Friday and I here a knock at the door. Who is it you ask, a one Mr. Barret Walker here to surprise me. Totally awesome "you didn't think I would let you guys watch LOST all by your self do ya" So now we have Danny Pule, Debbie Swan, Marshall Read, Barret Walker, Deana, Jacob Pule, Max and Johanna and of course Jack. This is awesome we sit around and visit, eat BBQ, drink and play dice into the night. Oh wait, I forgot to mention all while listening to Pure Passions Volume 1. Sunday roles around and we go to the Beach. High waves and nice weather topped off with some fresh seafood at shrimp n' stuff. Head home and prepare ourselves for the dramatic season finale to LOST. My cousin Tony Pule drops in to the viewing party as well. LOST, how I miss you, We gasped and cried and said our goodbyes to one of the best shows ever, LOST. Then we bid farewell to each other the next morning.

Almost Immediately after Danny and Co. left Matthew and Emily showed up. It was very nice, we went to the aquarium with Jack and ate delicious Houston food. Usually when we visit Kansas City we only see Matthew and Emily for an afternoon or an evening, so it was nice to spend a little time and visit. WE took our very first visit to the Houston Zoo and we watched Pee Wee's Big Adventure which I had not seen in a very long time and still is hilarious. Matthew, Jacob and I watched a lot of 80's WWF wrestling on youtube. Like this: http://www.youtube.com/watch?v=XoUvE8-GPoE&feature=related , We had lots of fun.

June:
No visits this month we just did all the summer stuff. Water parks and walks, playing outside with Jack and having a lot of fun. Now that Jack is a little older he can do much more. Run around and get into trouble. Jacob and i started hanging out at Andy's every week and thats nice to get out of the house. So June was a solid month of fun in the sun, Topped off with Toy Story 3 in theaters which was like visiting old friends.
July:

We start with the forth of July, this might have been one of the best. We had it at Johanna's parents house and everyone showed up. All the family and it was the first time in a long time I have had a forth like this. Grilling outside and kids running around. It was really nice. At the end of the night we all piled in cars or walked to see the Houston fireworks display. Jack's first encounter with this was something to behold. He is not accustom to staying up late so he was falling down and a little fussy but then the works started and he was fixated on them. As you are older things stop having meaning, but then you have a child and you see things through them. Fireworks are magical and fun. My mothers birthday is on the 5th so it is also nice to be with her on the 4th. She held Jack while he gazed up at the sky popping lights.
About a week later Faith and Chris came into town for a visit. I always miss Faith a bit, and it is nice to see her. So we left Jack with my mother and went out to eat which was nice. Faith loves Jack and it shows. It is nice to them play together. We planned to Johanna's sonogram while they were in town because Faith prides herself on being the first to know things. We originally wanted a girl for our first, now I can not imagine having a girl. Low and behold the results were in and we were having a littel baby girl. Johanna screamed in the room and we rejoiced. I can not wait for this. There has not been a girl Pule for many generations to my knowledge. I hope this one lives up to the legacy.
Once in a while we are graced with an amazing movie that blows us away in the theater. This movie is Inception. It was amazing, and lead to many emails between Michael Mcglothin and I debating and discussing the film. Inception is the best movie I have seen all year.
At the end of the month Johanna's father, Andy, Jacob and I took in a baseball game at minute maid park. The Astros
August:

First week in Ausgust we get a visit from Barret Walker and Jason Galaway. They are only here for a few days, but we make the most of it. first night Johanna takes Jack and spends the night at her parents. So naturally we do what we do best and we get really drunk and make another installment to the 38MB Mustache Memoirs saga. Which can be viewed her. http://www.youtube.com/watch?v=stVBVk1CU4Q
The night was full of fun. Then the next day we ate at El Rey and just hung out. The movie speaks for the time we had which was awesome.
Jack starts school, well kinda, see previous blog about Jack starting school for more. So Jack starts school and this to me means the end of Summer. Jack is a little hesitant but he likes it.
To wrap it up the new Arcade Fire album come out and I think it does an amazing job of expressing the feeling of getting older, leaving home, being scared and happy at the same time when you think of the past. I love this album and to me it is the perfect soundtrack to the Summer. it really is the best album I have heard in a while. Example: http://www.youtube.com/watch?v=XAitZuh4ueg
In the end I had such a great time, and I am sure that I leaving out much more. Getting older is hard and also fun, but hard. These memories will be forgotten by some and cherished by others. They may alter in your mind or stay the same. I can only hope that in the years to come that we still have good movies, good food, good music, and even better, good friends to share them with. 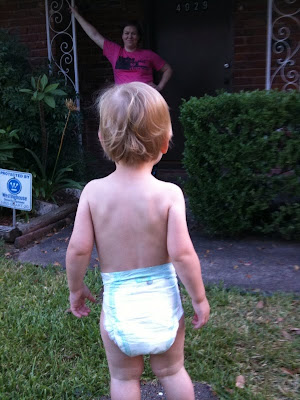